via ukmirror. I thought this was funny. More photos below. (Slightly NSFW)

(UK Mirror) – Austrians considering renaming their village from F*cking to Fugging have been told to think again – because the name is already taken. Villagers at F*cking in Upper Austria voted yesterday to change the name to Fugging. But then came the news that there used to be a second village with the name F*cking in Austria – and residents there had already bagged the name Fugging more than 100 years ago.

Fugging mayor Andreas Dockner – 200 miles away in Lower Austria – said: “Nobody alive now remembers why it was changed from F*cking to Fugging, but it was and that is now our name. We think one Fugging in Austria is enough.

Now, F*cking mayor Franz Meindl said that apart from the name their tiny village with just over 100 residents would be a rural paradise. He said: “It is beautiful countryside here, it’s otherwise peaceful and we have a good community. It’s only ever the name that causes us troubles.”

F*cking residents said the final straw was a growing number of calls by pranksters from abroad who ring up locals and ask in English “Is That F*cking” – before bursting into laughter and hanging up.

“The phone calls are really the final straw”, said F*cking Mayor Meindl, who confirmed that the villages street signs were regularly stolen – even though they had been welded on steel posts set in concrete in the ground.

Drivers heading into the village often disturbed naked couples romping in front of the signs, and local entrepreneurs made the situation worse by flogging off F*cking postcards – F*cking Christmas cards and even more recently a F*cking beer.

Fugging mayor Dockner added: “If our village was called F*cking, I don’t think it would be a problem – we are proud of it and I’m sure we wouldn’t change the name – I’d advise F*cking not to change anything.” 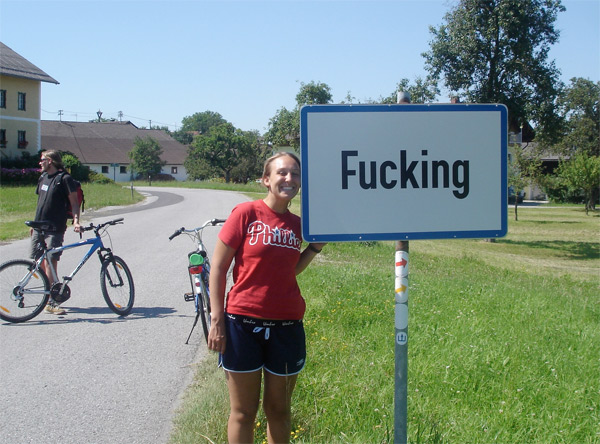 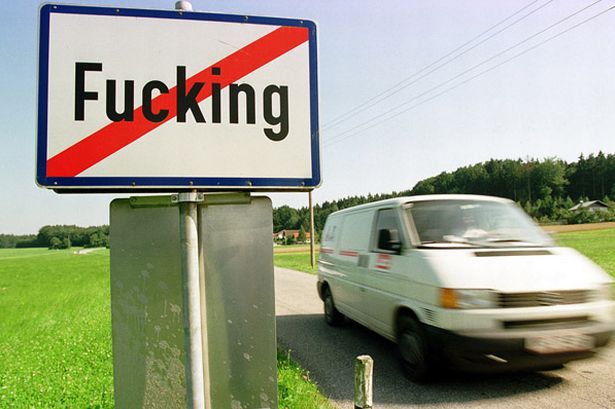 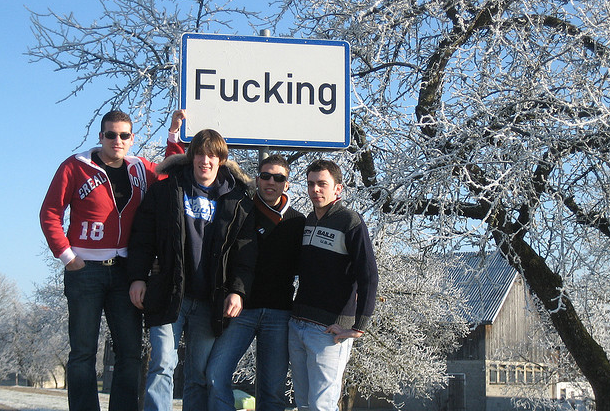