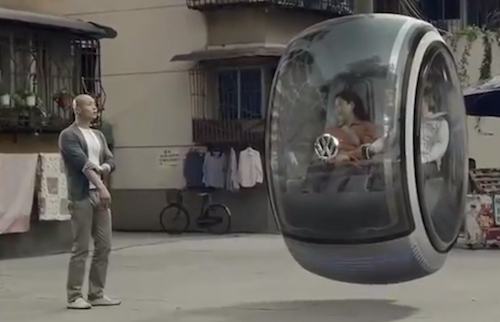 via technologicvehicles.This would be pretty awesome… only a concept for now. Video after the jump.

The People’s Car Project is an initiative launched by VW in China to design the new people’s car, an open-source project where citizens can submit ideas to VW’s R&D in China.

This is the case of Jia Wang who thought of a solution for traffic congestion in the city of Chengdu with a small urban vehicle, spherical, connected that can be parked everywhere (even in the air!) with a simplified operation allowing everyone to take the wheel.
Starting from these basic concepts, VW’s engineers made this idea become true with an original vehicle using electromagnetic levitation -to provide freedom and comfort- but also safety oriented with distance sensors to avoid crashes.