via freeonsmash. Check out the video below.

In the newest segment of MTV’s “First Date” with Ryan Backer, she meets with ATL’s biggest thing out right now, Future, to have a nice talk over chicken & waffles. They dive into what turns him on, how he ‘dates’ and she even sings the hook to “Tony Montana” to impress him. – Legend/freeonsmash

END_OF_DOCUMENT_TOKEN_TO_BE_REPLACED

Rick Ross’ “B.M.F. (Blowin’ Money Fast)”: “To take something that a lot of people thought was nothing and to turn it into another dimension of sound was crazy to me,” Luger said. “The reaction from people that I saw was crazy to me. That’s when I really knew this is what I wanted to do.”

Waka Flocka Flame’s “Hard In Da Paint”: Luger said he was in Atlanta the first time he heard it. “I don’t listen to the radio or go out that much; I just work,” he explained. “When I got to Atlanta, I think I was on the way back from the airport and my boy turned on the radio. My boy was like, ‘Yeah, this is it.’ I said, ‘Turn it up,’ and it felt crazy.”

Jay-Z and Kanye West’s “H.A.M.”: ” ‘H.A.M.’ really came about in New York City. Me and Kanye, we had did ‘See Me Now.’ I played him a lot of beats, but he liked the ones that I didn’t expect him to like. I left, like, eight beats with him; he called me, like, two weeks later and he said he wanted, for sure, two. That was one of the ones. … I sent him the track out. He did what he did to it, still I didn’t hear the song. I couldn’t hear it until everyone else heard it. Working with Kanye was crazy. I can’t really explain it. He’s a perfectionist. He has to have everything perfect and out the ordinary, 10 times greater than everything. He’s a crazy guy, but he’s fire.”

Posted by vinnykumar | Interviews | No Comments 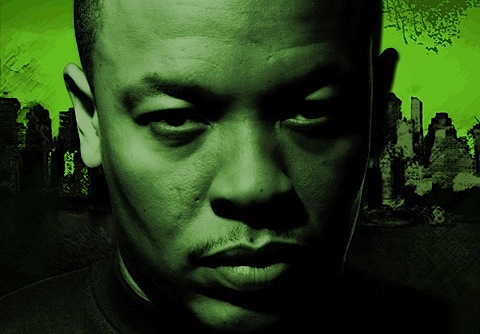 via nodfactor. Here’s an excerpt of Dr. Dre’s most recent interview with Vibe Magazine and Nodfactor. Read it after the break.