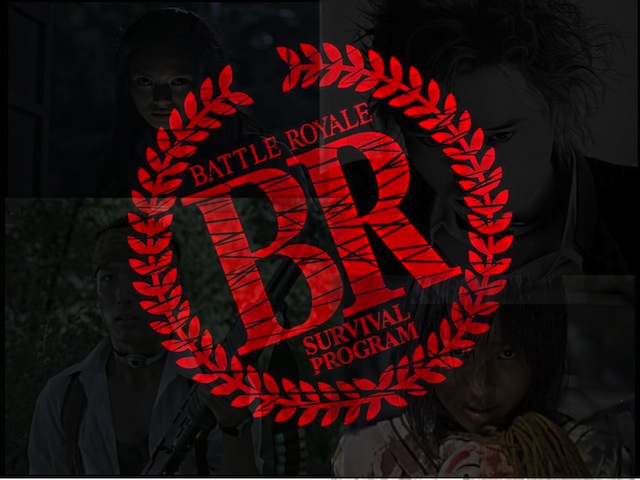 Starz/Anchor Bay will be releasing the Battle Royale series on Blu-Ray on March 20, 2012 (just before the debut of The Hunger Games theatrical release on March 23, 2012). Check out the trailer after the break. Here is a description of the film:

Forty-two students, three days, one deserted Island: welcome to Battle Royale. A group of ninth-grade students from a Japanese high school have been forced by legislation to compete in a Battle Royale. The students are each given a bag with a randomly selected weapon and a few rations of food and water and sent off to kill each other in a no-holds-barred (with a few minor rules) game to the death, which means that the students have three days to kill each other until one survives–or they all die. The movie focus on a few of the students and how they cope. Some decide to play the game like the psychotic Kiriyama or the sexual Mistuko, while others like the heroes of the movie–Shuya, Noriko, and Kawada–are trying to find a way to get off the Island without violence. However, as the numbers dwell down lower and lower on an hourly basis, is there any way for Shuya and classmates to survive?