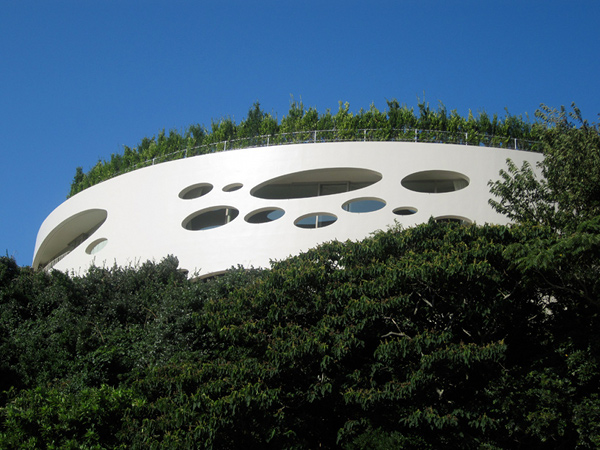 via designboom. More photos after the break.

Remarkably rotund and magnificently modern, the Villa Ronde by Ciel Rouge Creation and Henri Gyeundan Architects rises naturally from the sea on Japan’s coast.  This green-roofed, white walled and wooden lined residence harnesses the natural light and wind of the local environment to define its design.  A rounded, perforated white facade allows light to shine through to the interior while soft winds sweep the large central courtyard.  From a distance, one cannot tell if this home is built upon the cliff or was carved from its expanse, and this mystery multiplies the closer one gets.

Villa Ronde curls upon itself to provide a large protective wall, dotted with open sections for light coming in and views going out.  The center of the home drops in its topography into a private courtyard, accessible from floor-to-ceiling glass doors and curling staircases from above.  The rear of the home provides a grand view of the ocean below, while an open stone patio becomes a point of entertainment for occupants and guests alike.  The top of the home is nearly covered in foliage, from evergreens to grasses, separated visually from the sweeping white lines that define the home’s structure.

This home by Ciel Rouge Creation and Henri Gyeundan Architects is a wonderful achievement, a prime escape from the often over-paced, over-crowded life of Japan’s modern cities. 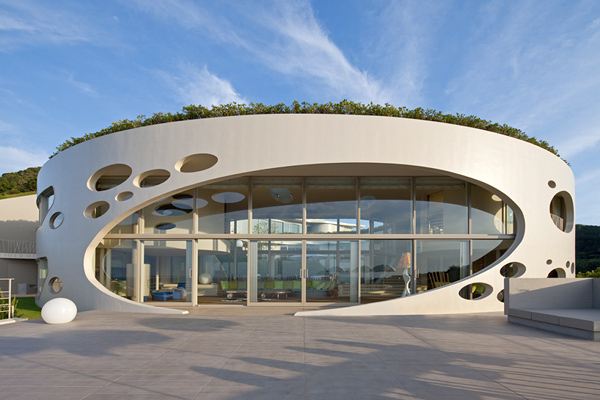 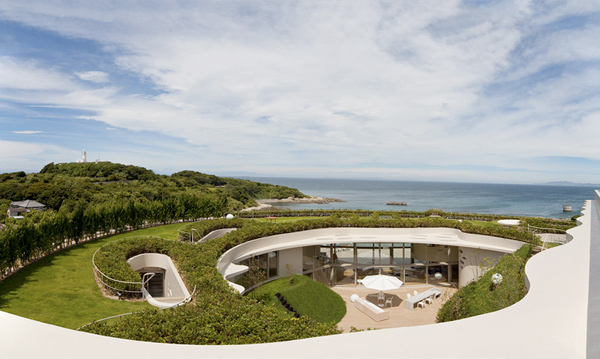 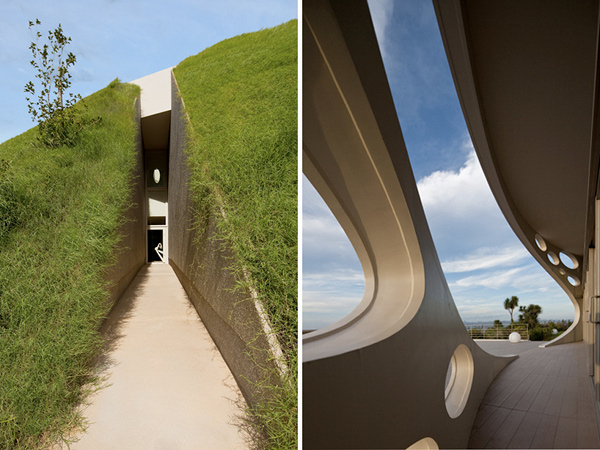 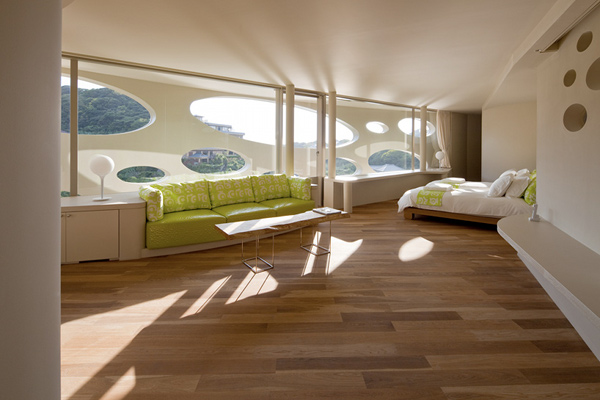 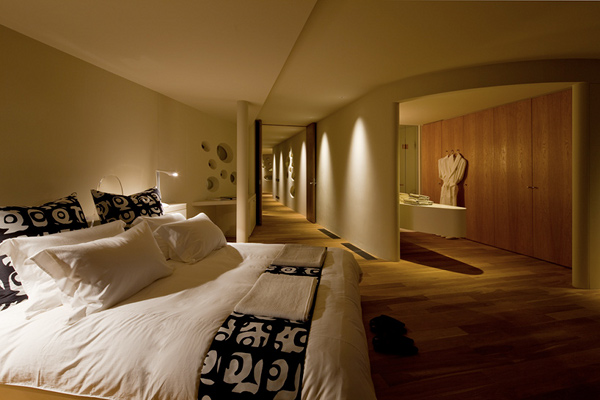 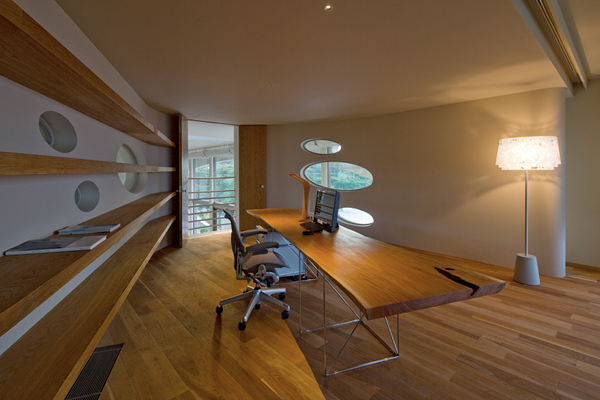 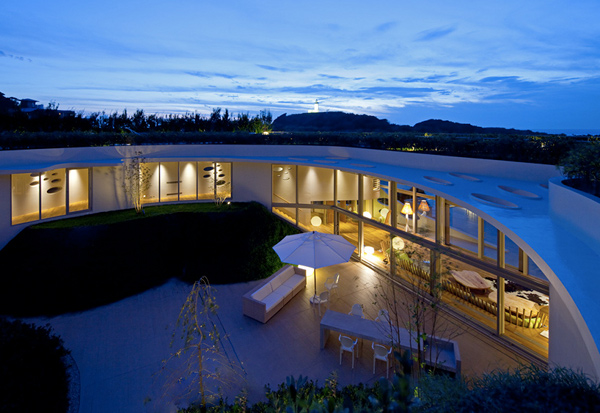