Only In Japan: Toilet Motorcycle Runs On… Ahem… Waste 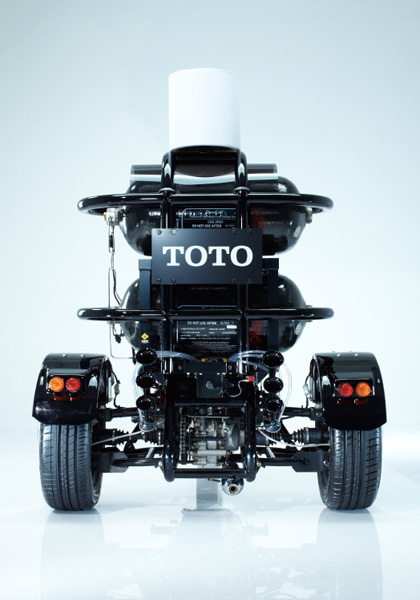 via spoon-tamago. Toto is Japan’s biggest toilet bowl making company… Now the company just released its first hybrid toilet-motorcycle that runs entirely on… poop. As the person drives, he can poop into a bowl, and that poop will be turned into fuel for the car. It is actually part of a campaign that Toto is running in an effort to reduce its CO2 emissions by 50% in the next 6 years. The motorcycle (and driver) will make its way from Kyushu to Tokyo over the next month. How ridiculous!? More photos below. 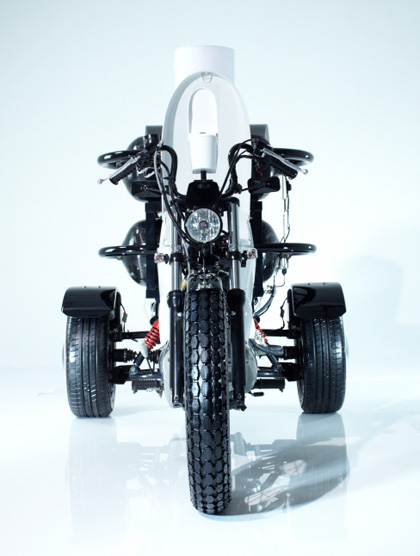 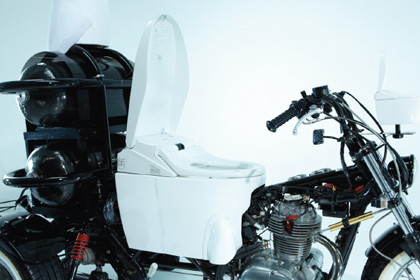