Only In Japan: Spherical Drone Spyball 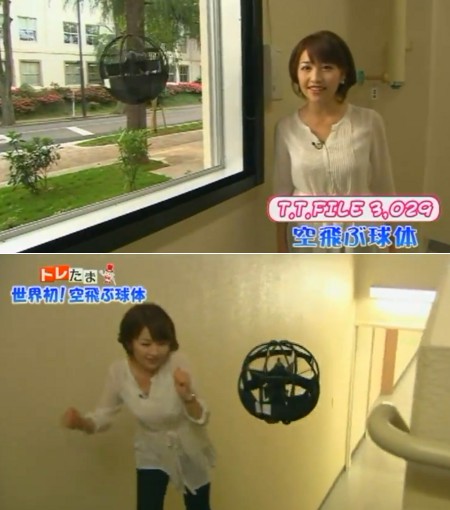 A video of a flying spherical reconnaissance drone developed by Japan’s military – the device makes for quite a spectacle. Video below.

The unit officially goes under the prosaic name of “spherical flight vehicle,” having been developed as a prototype miniature drone.

It is 42cm in diameter, 350g in weight and can fly for some 8 minutes, being capable of reaching speeds of 60km/h. Autopilot systems are said to be under development.

Interestingly, the developers report “buying most of the parts in Akihabara.”