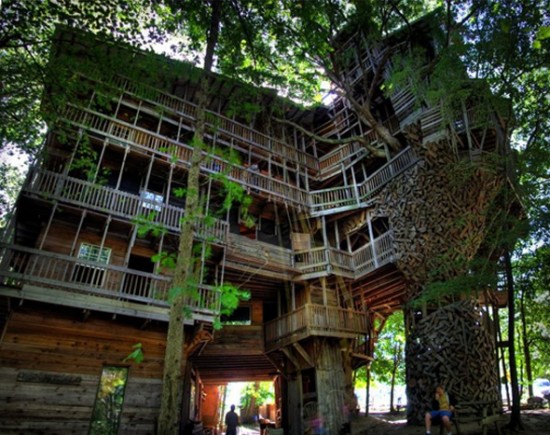 Horace Burgess began building this treehouse several years ago in Crossville, TN. It rises 97 feet into the sky. It has 10 floors, averaging 9 to 11 feet in height, and estimates it to be anywhere from 8,000 to 10,000 square feet. He says he is building the house for God, and continues to do so every day. More photos after the break.

“I built it for everybody. It’s God’s treehouse. He keeps watch over it,” said Burgess, who received his inspiration in a vision that came to him in 1993. “I was praying one day, and the Lord said, ‘If you build me a treehouse, I’ll see you never run out of material.” 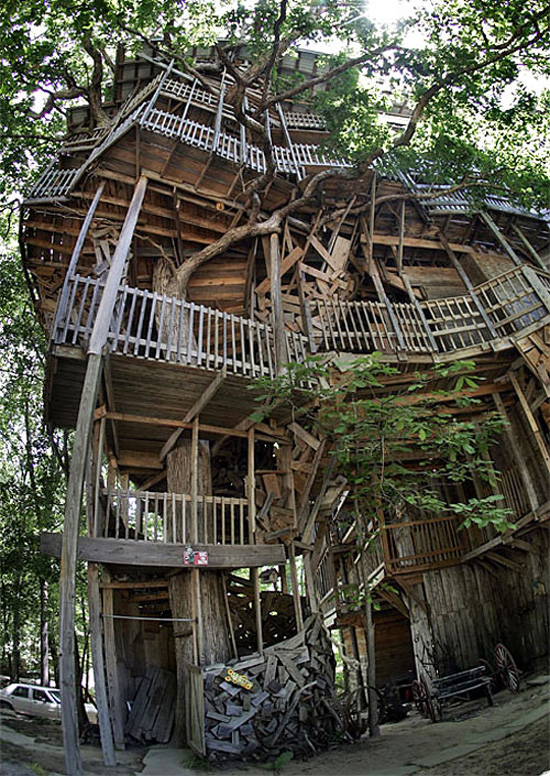 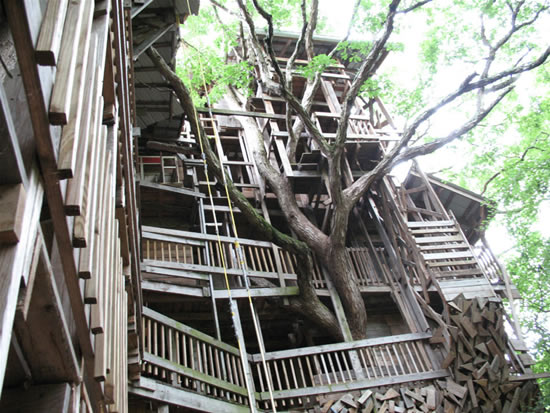 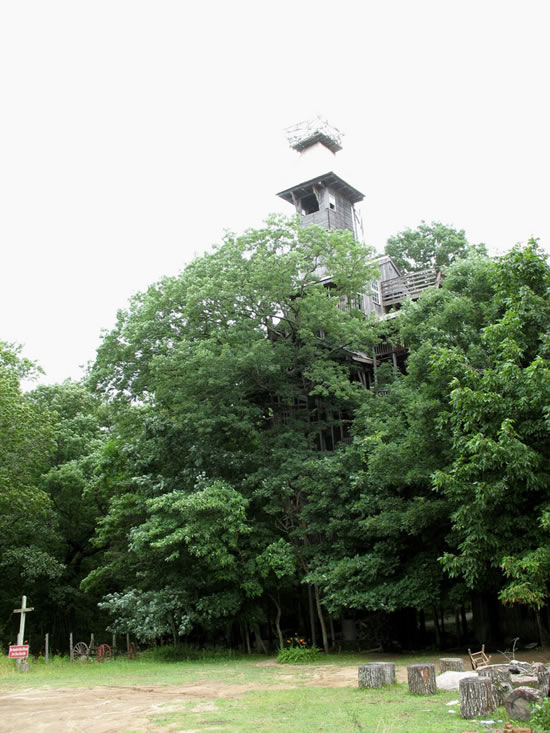