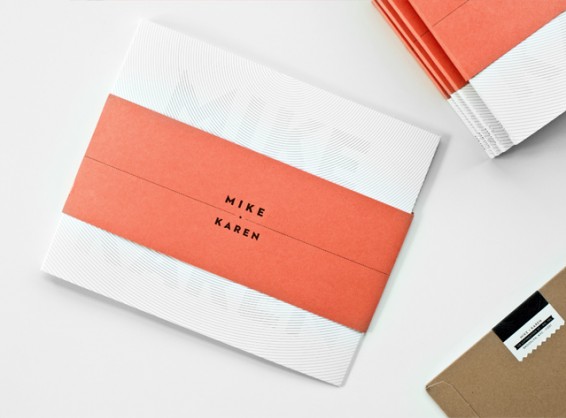 Designer Kelli Anderson made a wedding invitation for her friends, Karen and Mike, which folds into a semi-functional record player that plays a song composed by the couple. Check out the video after the break.

The resulting booklet is comprised of a cover, two inner pages, a letterpressed band (with instructions and a tear-off RSVP postcard), and a flexdisc on a screwpost. The recipient bends the second page of the booklet back to create a tented “arm.” With the needle placed, they then carefully spin the flexidisc at 45 RPM (ish) to hear the song. The sewing needle travels the length of the song and produces the sound. Its vibrations are amplified by the thin, snappy paper to which it is adhered. To keep the needle down on the record, we reinforced the back of the “tent” with a spray-mounted half page of heavier cardstock. To reduce friction between the acetate flexidisc and the backing cover, we had the inside of the booklet laminated to be slick and conducive to hand-spinning.