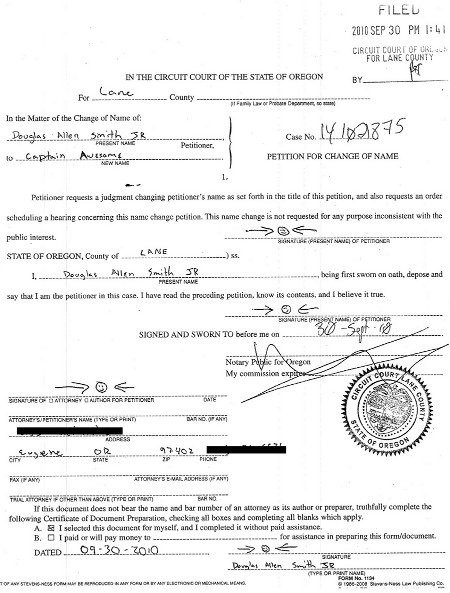 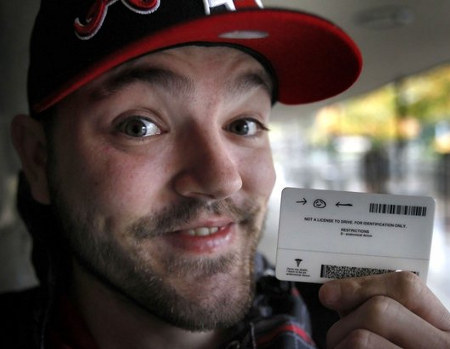 via Comcast. An Oregan man recently changed his name from Douglas Allen Smith Jr. to “Captain Awesome” last month after being inspired by a character from the NBC television show, Chuck.

The former Mr. Smith says he faced a Lane County judge who questioned his seriousness. The judge that granted the request made him swear he wasn’t changing his name for fraudulent reasons.

Awesome says that judge also allowed him to sign his name as a right arrow, a smiley face and a left arrow.

He says his bank, however, has refused to accept the signature because it could be forged too easily.