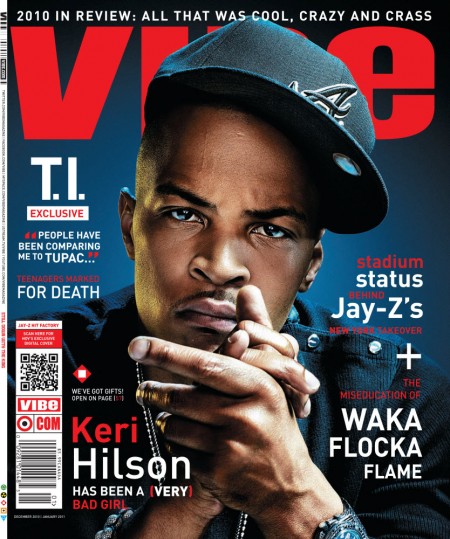 T.I. sat down with Erik Parker before he went to prison to speak about his drug habit, conversing with Eminem about his addiction, etc. See the excerpt below.

How did you get a drug habit?

I had a lot of work done to my teeth. Oral surgery, extractions, six, seven, eight root canals. Between January to February. As soon as I got out, I had a lot of stuff done. In the joint, you eat shit that is unhealthy for you. I had fillings that fell out and stuff that had to get dealt with. Of course for the pain they gave me oxycontin and hydrocodone. And, mind you, on October 13, 2007, I had cut off everything―weed, alcohol. Then I get these pills and I start taking them for the pain at first. And then I’m like, Wait―this shit makes me feel good. And it’s legal. After the pain went away, I kept taking it. I had like five, six prescriptions. So I had, like 80 pills. Everybody else might have a drink or smoke a blunt, I took a pain pill. Times when I had 18, 20-hour days, I’d take a pain pill. And eventually I developed―I guess―the beginning stages of dependence.

Have you talked to Eminem about addiction?

Sure. We got a record together, and we talked a lot. I asked him how he knew he was an addict. Basically if you put yourself in harm’s way… if you risk that, you’ve got to assume that there is something fundamentally wrong with your thought process.