What happened to OnSmash?! 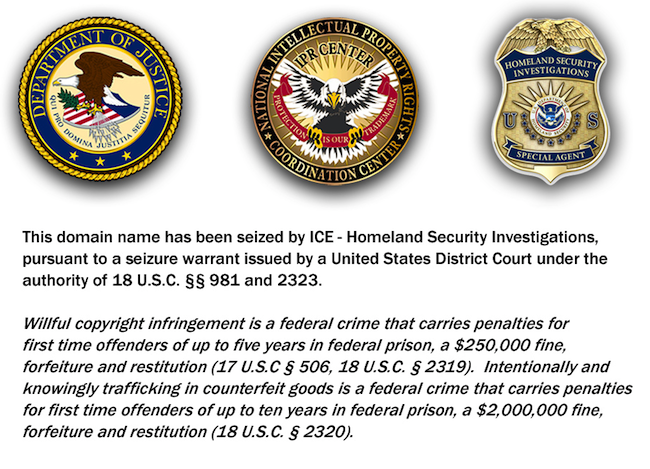 via BallerStatus and MTVNews. Many of you (like me) frequent many of the music blog sites… I happened to check out OnSmash.com over the holiday, and I was surprised to see that the site was taken down with the above message in its place. Other popular sites such as Rapgodfathers.com and dajaz1.com were also seized as well. What does this mean? Is the music industry really fighting back now? In my opinion, the music blogs can be a great resource to help promote up-and-coming artists to the entire world. The problem is that with less and less true music programming on MTV and BET, it is a LOT harder to find new music. The blogs have become the new magazines and music television channels for many of us. THIS is how we find our new music. OnSmash provided daily music videos, as well as gave everyone a taste of all of the artists’ new music. In fact, many of the blog sites are serviced with this new music by the record labels. It’s a gift and a curse. On the one hand, a record label must give away their artists’ new singles in the hopes that it will help gain exposure for them, on the other hand, it’s probably not helping their record sales. A site like OnSmash is receiving music from the labels, but then they get chastised for putting it up?! I think OnSmash provides a great service to the music industry, and I hope they are back in business soon. Perhaps we could all just give away snippets of new songs as opposed to the entire songs themselves? Maybe all of the blogs will move to streaming content instead? I hope everyone finds some common ground soon… <shrugs shoulders> #FreeOnSmash!

Apparently the sites were removed after Congress passed the Combating Online Infringement and Counterfeits Act (COICA) last week… A search warrant was issued for the sites on November 23rd.

Following raids earlier in the year which took out several sites and domain names connected to the streaming of Hollywood movies, we can now report fresh Department of Homeland Security / Immigration and Customs Enforcement action against a site in the music sector.

Acting on a search warrant issued on 23rd November and signed by United States Magistrate Judge Jeff Kaplan, DHS and ICE agents arrived at a Dallas datacenter Tuesday with orders to take down the 146,500 member RapGodFathers site (RGF), seize its servers and gather evidence on its owners, administrators and moderators.

More after the break.

UPDATE: Apparently ICE and the DOJ already started doing this a while back in the film industry. Here’s an informative video about what is going on.